How to Incorporate Social Media Into Your Next Event

When it comes to creating events, Event Producer Erin Weir knows the value of social media.

“It’s a great way to get the word out,” says Weir, who works at Colortone Staging and Rentals, which is a member of the Rental and Staging Network (EPN).

EPN comprises 25 of the finest live-event staging companies, serving most major markets in the United States, Canada and Mexico with best-in-class event AV.

And every EPN member understands the vital role that social media plays in today’s memorable events.

In fact, Weir says how you use social media for your event will depend on the audience as well as the size and type of event. 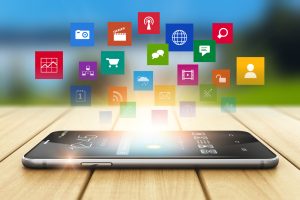 Here are some social media tactics that EPN members leverage to amplify events:

Every event should have a hashtag, a word or phrase that comes after # and identifies messages on a specific topic. For example, the fictitious National Coffee Drinking Championship would need a hashtag. But you would never want to use #NationalCoffeeDrinkingChampionship for your event. “It should be something unusual and specific to your event, but that’s not going to be 20 characters-long, or you risk typos and misspellings and then your posts won’t show up,” Weir said. Instead, think short and sweet, like #NatCoffeeDC. And always check each social media platform before finalizing your hashtag to make sure someone else isn’t already using it.

Create an event through your organization’s Facebook page and invite your followers and others to attend. Those who RSVP will receive a notification every time you post an update to an event— announcing a new speaker, a reminder about an offsite event, a reminder to bring business cards, for example. It’s an easy way to communicate with your attendees.

Facebook, Twitter and YouTube all have livestreaming capabilities. “This is a great idea for large corporate-wide meetings where it can be expensive to bring everyone to a single location,” said Kevin Reilly, a senior technical producer with AVFX, a member of EPN.  “We work with a company that did massive quarterly meetings. They might have 3,000-5,000 people in attendance but give more people access by streaming it live on social media or archiving individual presentations on social media. Virtual meeting attendance has grown exponentially, and it saves companies money instead of having to fly people in.”

Livestreaming a big keynote speaker or an important talk can engage repeat attendees who may be unable to attend one year. It helps to do special announcements and giveaways to followers who join your livestream and are the first to comment. “It helps to make people feel involved even if they’re not on site,” Weir said.

For larger events like trade shows and expos with tech-savvy attendees, a mobile app can work well, Weir said. “People do a lot of stuff on their phones and they don’t want to walk around with printed programs and maps,” she said. Event planners can create special hashtags within the app so attendees can use those hashtags to communicate with each other, share info and ask questions. Or it can be a way for attendees to communicate with speakers on a panel during Q&A, or speakers can upload information to the app before their presentation.

Like regular Snapchat filters, it’s a graphic overlay on photos you take with the app. But Geofilters are only available when you’re in a certain location and you can request custom Geofilters for your specific event. While Snapchat posts disappear after 24 hours, making it unusable as an archiving platform, it still demands attention, Weir says. “Yes, it disappears after 24 hours, but Snapchat is so popular right now, it really doesn’t matter. I go on Instagram and Facebook every day, but I’m on Snapchat constantly.”

Social media walls, also called living storyboards, collect all comments using your specific event hashtag and post them on a live display wall. “Throughout the event, you see people talking about the event live on a 16 x 9 vertical screen and posting photos,” Weir said. “It’s also informing social media followers and gaining recognition of the event for next year.” Reilly agrees. “We see a lot of Twitter walls and It’s a way for people to comment on what’s being discussed and to give feedback in real time instead of waiting a week or a month,” he said. Event organizers can put someone on the social media feed to ask questions and stir the pot. Moderation services allow an event organizer to flag posts that are inappropriate prior to them appearing on the wall.

Want more instantaneous feedback from your attendees? Instagram, Facebook and Twitter all have polling capabilities. Polls and surveys help you obtain immediate feedback after a session about what your attendees thought of each speaker and what suggested improvements you may be able to implement right away instead of waiting for paper evaluations to be completed and tabulated.

You can also integrate social media into charity events to display donations in real time. Post your donation link on social media and then partner with a mobile bidding company and flank your attendees with two large screens that display, in real time, how much money has been donated and the distance to the goal. Names attached to the donations can also be recognized via social media, i.e. Thank you Mr. and Mrs. Smith for the $100 donation!”

So, what’s the best way to incorporate social media into your next event? Partner with an expert AV company to help you implement the right social media for your specific needs.

“It’s all about what you’re trying to achieve,” Reilly said. “Ultimately, it’s about your end goal, whether that’s getting the message out, selling a product or educating people. Once you figure that out, we can determine the best tools to use.”

It all starts at the venue contract stage. Once the venue contract is signed, there is little room for negotiation. However, you can ensure freedom of choice in your hotel or facility contract so you have the option to bring in your own independent outsourced AV partner. Click here to review sample contractual language that states your intent to work with an outsourced AV vendor of your choice. 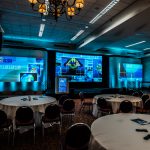 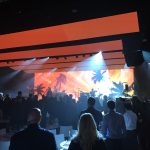 5 Tips to Make the Most of your LED InvestmentEvent Tips