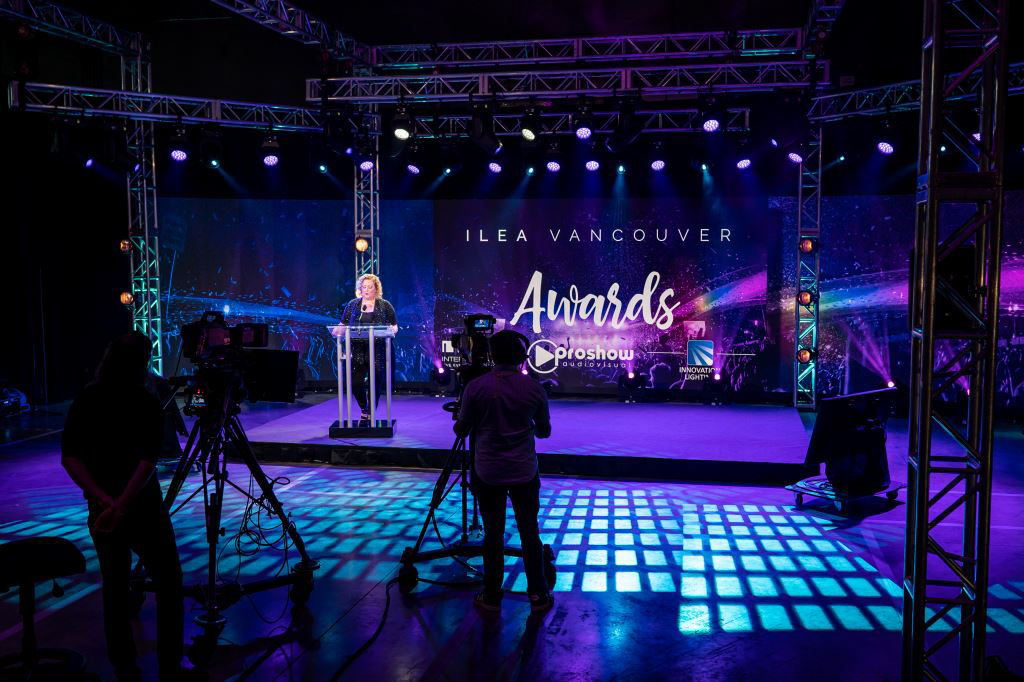 Without the right expertise, hybrid events can look like a two-ring circus.

But when they work, they can feel like a dazzling, seamless show worth remembering.

Now that the stakes have been raised, meeting planners and event organizers must find the right people with the right talent to tell their leadership’s story to the growing masses.

EPN, a North American network of premier AV companies, has delivered its first 1,000 hybrid events. The following snapshots capture what works from the frontlines:

Today’s hybrid events include more remote participants from speakers to attendees. Because there are more moving parts from afar, there is a greater need for more rehearsal time.

Before the pandemic, when hybrid events meant simply streaming a live performance, top-flight AV professionals like Proshow Audiovisual in Burnaby, British Columbia had 100% control over the technology. But now, each remote presenter is using their own laptop. They are also responsible for doing their own sound checks, as well as self-assessing camera angles and lighting quality.

Malcolm Ross, who is production manager at Proshow, says rehearsal time has doubled in most cases. The ratio of rehearsal time to performance time has moved from 1:1 to 2:1.

“They need to learn how to talk to the camera,” Ross says. “When we have more time with on-camera talent, we have a better show. The less they think about the technology, the better.”

Matt Hussack, partner and vice president of production at Proshow, says rehearsal time is so crucial these days that he will spell out the time commitment to meeting planners and event organizers upfront. “If it’s a full day event, then it’s typically a full day of testing, checks and rehearsals to go over the scripts and cues. Gone are the days of showing up to a meeting room 10 minutes before your presentation, throwing the AV technician a USB key and jumping up on stage.”

A Star Is Born

Pre-recorded content is the star of the new era of hybrid events. It can cover gaffes and present a seamless, polished experience, while dramatically reducing unexpected consequences from moving parts.

As the expected experience for remote audience members now rivals Hollywood-quality, pre-recorded content, along with multiple camera angles, has become an extremely must-have tool to compete with the market’s raised expectations. “It’s less like a college lecture and more like a television show,” says Caleb Bull, a production manager at AV firm Colortone Staging & Rentals (CSR) in Cleveland.

In fact, CSR uses pre-recorded conferences as their live events. Filming the content on camera before the event is supposed to go “live” enables the firm to secure top-notch keynote speakers for their association clients, even when the speaker is booked for the day of the event. “That opens up a broad range of content that otherwise would not be possible,” Bull says.

While the pre-recorded events can end with a live Q-and-A session from the organization’s leader or speaker, it can also be done beforehand and played as “live.” Bull says his team spends extra time during the planning phase to script answers to the most anticipated questions and then record them. It doesn’t impact real engagement from the live audience, who still ask their questions when prompted. “It’s a feeling of engagement,” he says. “While Q-and-A can be live, there are also good experiences from pre-recording as well.”

The next generation of virtual and hybrid events may have started as a fail-safe during a global pandemic, but it could end up as a new revenue generator before the last chapter is written in the history books.

The higher-quality, online component has created some new opportunities that organizations are starting to seize. For example, structured breaks between presentations and various forms of content seem to be winners. And those breaks need content to fill the void because blank screens no longer pass the test. Marketing loops are filling that space with special offers, discounts and passcodes to encourage audience members to buy more from the event host, says Gabby Wallace, project manager at Media Stage in Sunrise, Florida.

During a recent hybrid event with a nail polish manufacturer, 5,000 online attendees waited with bated breath for their new seasonal line of products. As a bonus, they were served a marketing loop of content that gave them promo codes and a “Buy Now” queue so they could become the first in the market to experience the new line of beauty products.

“Clients are more open-minded to trying new initiatives and thinking outside the box,” Wallace added.

Imagine you are attending a hybrid event as an online guest. The headliner is a famous rock band, which is about to take the stage and start jamming. And moments before, the lead singer joins the online audience along with you. “Surprise elements keep both audiences informed and entertained,” says Allin Foulkrod, CEO at Creative Visions in Raleigh, North Carolina.

Hybrid events continue to create new opportunities and new experiences. And part of the magic comes from real-time surprises. Foulkrod’s AV team has solicited and used user-generated content from attendees’ cell phones on the big screen for the live audience, which connects both groups. His team has also turned “transitional” content shown during brief intermissions into fun, light-hearted content that puts unexpected smiles on the faces of attendees.

Creative Visions is planning a polling tactic in a Shark Tank-concept to help three nonprofits raise funding. The event will feature the three business consultants on stage, the live audience and the online audience—all of which will be able to ask questions directly or through chat to the nonprofits. “Level the playing field with interactive polling so both crowds can participate,” says Foulkrod.

Brag About The Swag

Attending a live event means there will be a level of promotional, branded items circulating on tables throughout the tradeshow area. But what happens at a hybrid event, where many attendees could be remote?

Turn it into a draw for more attendees, says Jessica Treneer, who is a client services manager at Crescent Event Productions in Charlotte, North Carolina. Her clients mail “Swag Boxes” to online attendees if they register early enough. “When the first attendee receives the swag in the mail and posts it to their social media channels, the event’s registration numbers jump,” she says.

But the value doesn’t end there. The swag boxes include emoji sticks, which are popsicle sticks with graphic elements like a heart and a thumbs-up, that allow remote attendees to express their feelings on screen. The swag also includes a workbook that coordinates with the presenters’ slides. The workbook features fill-in-the-blank opportunities so online attendees can interact in a customized, meaningful way with the presentation.

“Swag boxes make them feel like they are there,” Treneer says. 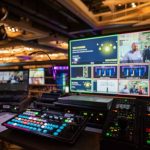 Hybrid Events: How to Create an Experience?Event Tips